Is It Too Late To Invest In Bitcoin? 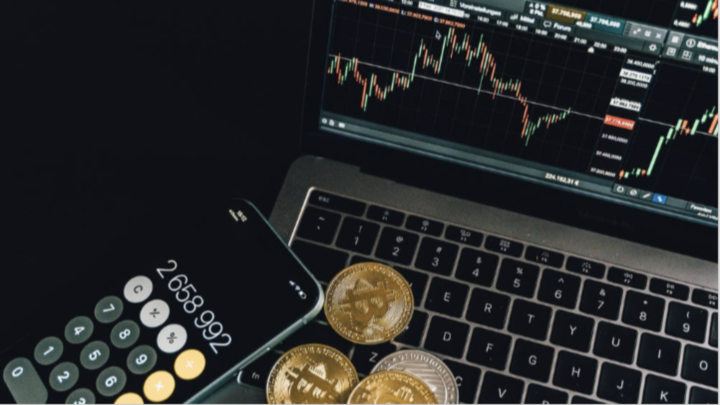 Although right now, we’re still in the early adoption phase of Cryptocurrency as a whole. The entire market cap of Bitcoin is only around $300 Billion. (Market cap is just the current price * the circulating supply of Bitcoin ($19,000 X 18 Million Coins)). $300 Billion is almost nothing in the greater financial landscape… as Apple alone as a company is worth $2 Trillion dollars.

In this article, we’re going to deep dive into all the macro economic factors for Bitcoin’s growth potential and why this is the best performing asset in the last decade with still insane amounts of growth potential.

When compared to other markets like the stock or gold market, Bitcoin is really new. It has a 10 year history of price action but Bitcoin has very distinct cycles patterns unique to Bitcoin itself. What is this unique difference? Well there’s a major event which occurs every four years for Bitcoin.

This is called the Halvening Event – And it has happened in 2012, 2016 and 2020. And everytime this happens, something very interesting brews within Bitcoin. The price of Bitcoin tends to see a huge price spike in the following years of 2013, 2017… and potentially 2021.

Which brings it to now in 2020, Halvening occurred and Bitcoin is starting the bull run – having reached $19k as of this article.

So what is this halvening event and why does it affect price so much? Well the reason why is because each halvening event will literally cut the production of Bitcoin in half.

The amount you can mine is encoded within the Bitcoin Protocol itself so 900 is the maximum per day for now. Because supply is reduced and demand is increasing for Bitcoin… this can only mean one thing. The price has to go up in order for miners to make profit and pay off their mining expenses.

There’s actually a well known model called the Stock-to-Flow model which predicts Bitcoin’s price based on the supply and demand. This model has been used for gold in the past as well.

Looking at this graph, you’ll notice at first glance that Bitcoin’s price is following the blue prediction line quite accurately. You see in the end of 2013 and 2017, the price spiked massively and it came down to where the blue line is.

What’s interesting is that this model is predicting Bitcoin to eventually hit $1 million per coin. Whether or not it happens… we don’t know, but it has been extremely accurate for the past years of Bitcoin’s history. And this model was invented a few years back so it’s not just drawn up now to make it look like correlation. We’ve been following this graph since 2017 and watched the price play out exactly like the blue line. If you want to have a better look at the graph, click here.

Buying Bitcoin as an Investment

The year of 2020 has been full of twists and turns especially with a global pandemic. As horrible as what this pandemic was… it did expose many shortcomings and flaws of the systems countries were operating on. In 2020 alone, America has printed more money to combat the pandemic than the past two centuries combined. The effects of this is going to be immense in the upcoming years – and before you say inflation won’t hit consumer prices that much… Many corporations and investment managers believe real inflation is hidden in asset prices.

Just look at how fast the real estate market has been appreciating – while many people still make relatively the same amount of money from their jobs. So while day to day living expenses might not increase too much, the ability to buy assets will dramatically be more and more expensive.

This year, huge investment firms are starting to take Bitcoin and Cryptocurrencies as a serious asset class. Michael Saylor, the CEO of Microstrategy recently bought $425 Million worth of Bitcoin in August. The Twitter CEO, Jack Dorsey’s company – Square also bought $50 million worth with their Cash Reserve.

And you also have JP Morgan being quite bullish on Bitcoin with a recent statement saying “Bitcoin could triple”.

Legendary investors such as Paul Tutor Jones and Stanly Druckenmiller have come out to the public to disclose that they own Bitcoin. Paul even compared owning Bitcoin to owning Apple or Google when they were small.

Paypal is also coming into the game as they open up their services for everyday investors to be able to buy and sell Bitcoin on their platform in 2021.

There is a clear trend with companies getting into Bitcoin as an investment for growth, or even just to hedge against the incoming inflation due to all the printed money. Right now, only 0.8% of the world’s population own Bitcoin so if you’re considering crypto or already have crypto, you are in very early phases.

As of now, the exact use cases of Bitcoin are still relatively unknown but many companies are comparing Bitcoin as ‘digital gold’. If we go by that statement… gold has a market cap of $10 Trillion dollars while Bitcoin is around $300 Billion. Even if Bitcoin reaches half the market cap of gold, you’re talking about $300k per Bitcoin. Bitcoin also has other use cases as a more efficient payment system than gold and a growing trend of more millennials preferring Bitcoin over gold.

Buying Bitcoin to Use

In most developed countries, using Bitcoin as a currency is not too practical right now. There’s a problem on the tax side and also on the Bitcoin side. In most countries, every trade you make with Bitcoin needs to be reported and is taxable so buying things in crypto is more of a hassle.

Which is why Bitcoin is seen more like a store of value currently. In terms of using crypto to pay for everyday items like coffee, there’s a few things that need to change.

The first is relaxing the tax laws on crypto trades and the second is being solved in the crypto industry right now. As we’re in an emerging market as a whole, we’re actually on the bleeding edge of blockchain technology. Everyday there are brilliant minds working to solve the issues of speed and transactions per second.

However, countries such as Nigeria, Venezuela or Zimbabwe are actually using Bitcoin as an everyday currency because their native currency is being hyperinflated away where it’s more volatile than Bitcoin itself.

If you’re reading this article, then you’re not too late to invest. Over the past decade Bitcoin has been the best performing asset class in the world and will probably continue to do so in the next decade as well.

As institutional demand for the digital currency grows and grows, adoption of Bitcoin is becoming inevitable. Even banks around the world have started to operate their own Cryptocurrency exchange for retail investors.

Only time will tell what the future of Bitcoin and Blockchain holds… but when so many problems Bitcoin can solve we could all be underestimating the value of a Global financial currency.

If you are looking to own your own Bitcoin, click here to start investing today.