Swyftx Or Coinspot – Which is Best? 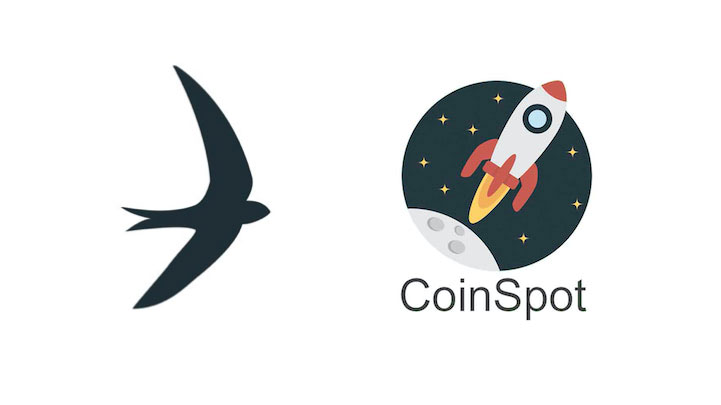 Swyftx and CoinSpot are two of the biggest and most used cryptocurrency exchanges in Australia. As some of the most reviewed exchanges in the market, we put the two head to head.

The main difference between Swyftx and Coinspot is that Swyftx has lower fees and spreads and a great mobile app.

After my comparison, Swyftx is a clear winner to me with their low fees and spreads, and $10 when you sign up.

We check out what exchange comes out on top when it comes to a range of features, fees and security.

Swyftx is an Australian cryptocurrency trading and exchange platform. It was conceived in 2017 and launched in 2019.

Despite being in the crypto industry for merely two years, it has gained immense popularity amongst its users. It is also said to be one of the best crypto exchanges in Australia. It enlists cryptocurrencies such as Bitcoin, Ethereum, and 260+ other crypto assets on the platform.

Coin Companion offer: Free $10 to trade with in Swyftx when you register through the link below.

CoinSpot, an Australian cryptocurrency exchange platform, has been in the crypto industry since 2013. It is one of the most trusted exchanges in the country and includes cryptocurrencies such as Bitcoin, Ethereum, XRP, and 290+ other digital currencies.

Spreads is the difference between the buying price and the selling price. Usually, you want the gap between the two to be minimal to be more profitable for you as a trader.

On Swyftx, the average spread is about 1.7%, much lower than its competitors, whose spreads can range from 4% to 5%.

On CoinSpot, the spreads are much higher and go up to 3 or 4%. This will be a huge disadvantage for you when you trade large amounts of coins. It is because when the spreads are higher, they minimise the profit you can make.

Evidently, Swyftx’s spreads are lower and hence enable you to make more profits.

With an average spread of just 1.7%, you will struggle to find spreads lower than Swyftx’s.

As the name suggests, trading fees are what the platforms charge for every single trade you make.

Swyftx has a trading fee of 0.6%. When you add this to the average spreads of 1.7%, your overall fee will be 2.3% in a moderate scenario. However, Swyftx is known for spreads as low as 0.42%, so your general fee decreases further.

CoinSpot, on the other hand, claims that it charges a trading fee of 0.1%, which is the lowest compared to any other crypto exchange platform. However, this is merely a marketing gimmick.

When you register on the platform and try to buy a cryptocurrency such as Bitcoin, you’ll see several other added fees. It adds up to way more than 0.6%, double or triple that amount based on the spreads and the type of trade you make.

So, Swyftx is a better option since it’s much cheaper. It charges a 0.6% fee and nothing more!

With simple trading options and fees at just 0.6% Swyftx is our exchange of choice when looking at fees.

Swyftx is a regulated and licensed platform registered with the AUSTRAC and complies with the Australian government’s AML/KYC norms.

It has partnered with Auth0, a well-known cloud security platform that stores users’ login credentials to prevent any kind of unauthorised access to them. In addition, it carries out routine penetration testing and data encryption to keep its security up to speed.

Furthermore, it also uses 2FA to confirm large amounts of trades and withdrawals.

Coinspot is a licensed and regulated platform that’s also registered with the AUSTRAC. It follows the AML/KYC norms by the government and has a two-factor authentication feature.

However, what sets it apart is its ISO security accreditation.

It has bank-like security features that push the envelope for users safety, information, and funds. It is also considered a standard for security for crypto exchange platforms worldwide.

Though there have been no hacks on the Swyftx platform since it’s been launched, CoinSpot’s security is much more advanced, and the award speaks for itself.

While Swyftx is secure and has never been hacked, CoinSpot’s ISO security accreditation sets it apart.

Swyftx offers three main methods to deposit AUD to your account. They are bank transfers, POLi, and PayID. Recently it has also started allowing deposits via credit and debit cards. Besides this, Swyftx also allows instant withdrawal of AUD.

It has a daily limit of 100k AUD and charges a nominal fee of 2 AUD for deposits below 200 AUD.

CoinSpot offers a few methods to deposit AUD to your account. They are bank transfers, BPay, PoLi, and PayID. Unfortunately, they do not allow credit and debit cards yet, so you can’t use them to deposit funds.

Their daily limit varies based on the deposit method and the users’ bank as well. On average, it ranges from 8000 to 10,000 AUD. Deposits of any amount on the platform can be made free of cost, and no additional fee is charged.

Overall, Swyftx is a better option since its daily limit is ten times more, and it allows the usage of credit/debit cards and instant withdrawals.

Swyftx offers all the usual deposit methods including debit and credit cards, making it super simple to add funds to your account.

Swyftx has a great, user-friendly mobile app which has a user rating of 4.6 on the Apple app store.

While CoinSpot does not have an app, it’s website is easy enough to use on mobile.

For either option, the layouts are easy to understand, and the structure is such that you can easily navigate and figure out where everything is.

User’s will find both options easy to use. It really comes down to if you want to quickly access your account from an app with Swyftx, or if you’re OK with using a mobile web browser with CoinSpot.

This feature is what makes Swyftx stand out from every other Australian exchange. It offers a demo mode that you can turn on to explore the dashboard, test the waters, and even simulate the transaction process.

CoinSpot doesn’t have a demo mode.

It offers a demo mode that you can turn on to explore the dashboard, test the waters, and even simulate the transaction process.

Both Swyftx and CoinSpot have a feature with which traders can swap one kind of crypto coin for another. While this feature is good to have, it can come at an expensive fee.

Swyftx has a live chat feature and also a callback feature. So in case you’re a beginner trying to understand things, you can get in touch with them. You have the option to either chat with them or drop a query and get a callback from them.

CoinSpot, on the other hand, has a live chat as well but doesn’t have the call feature. However, they do have an exhaustive help-centre and FAQ section that answers queries thoroughly for you.

Swyftx and CoinSpot are both well known and reputable Australian cryptocurrency exchanges. Most crypto investors and traders will find both platforms are easy to use and secure.

However, with lower fees and spreads, and a great mobile app, Swyftx is our pick when comparing these two exchanges.