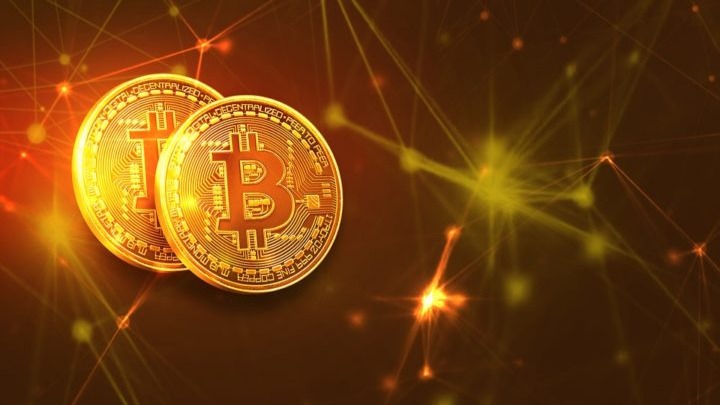 Why? Well we will explain all you need to know about Bitcoin mining in this article and a general overview on how it works so you can understand the landscape of Bitcoin mining.

Bitcoin mining has been going on a parabolic run in terms of difficulty to mine and the hash rate. To put it simply, Bitcoin mining is just computers doing some complex mathematical algorithms to process transactions. This proof of transactions creates trust and is part of what bitcoin is backed by.

Imagine solving 1+1 = 2 and you get bitcoins for doing so. Obviously, the algorithm is a lot harder than that, but you get the point. And thousands of computers (miners) are competing to solve it first. Whoever does, get a few different rewards.

Each algorithm represents one block on the Bitcoin blockchain. And in one block, the miner can fit several transactions in it. Kind of like a shipping cargo where you have multiple people’s packages. So when a miner solves the complex algorithm first, they get all the transaction fees of the people wanting to send Bitcoin AND they get the inherent reward from mining – which is currently 6.25 Bitcoin per block.

Back in 2012, the reward for each block was 25 Bitcoin. And since then, there have been two halving events for Bitcoin, decreasing the reward by half each time.

A halving event happens every four years. The first happened on 28th November 2012. The second happened on the 9th of July 2016 – reducing the reward to 12.5 BTC per block.

Why does this happen? It is programmed so that approximately every four years the rewards get slashed in half and that the price appreciation and usage of Bitcoin will compensate as the rewards. That’s why miners get the reward per block + transaction fees.

So with rewards being halved, how has the competition/or amount of people mining doing? It’s been ever-increasing at such a rapid rate. The way we tell is through the Hash Rate and Difficulty.

The hash rate is essentially the processing power of the entire Bitcoin Network. 10 TH/S means the network can calculate 10 trillion hashes per second. As of this article, we’re now at 130million TH/S.

Difficulty is the other parameter that increases as more and more people mine Bitcoin. It will also decrease when fewer people mine. This makes the algorithm harder or easier for computers to solve.

Bitcoin Mining Speed: How Fast Can You Mine 1 Bitcoin?

Bitcoin’s block time is always 10 minutes – which means that’s how long it takes to solve the complex mathematical algorithm. We talked about how difficulty changes when more people are mining Bitcoin, but you might be thinking… if it’s harder to solve the algorithms, shouldn’t that increase the block time and mining speed?

That’s a good question but it’s always 10 minutes. Think of it this way… Imagine you’re doing a maths test which will take you around 10 minutes to solve. But your friend comes along to help you solve it.

The teacher wants to make it fair for others, so the teacher allows that but makes your test harder than others. So in the end, you can have two people contributing but it’s harder and it will still take 10 minutes to solve.

But now, you drag another 8 friends to come to help you solve it. And so you have 10 people solving the test. The teacher allows you to have 10 people doing the test but then makes the test 5x harder. So it still takes 10 minutes to solve.

That’s essentially why as difficulty goes up or down, the network will always make sure it will take 10 minutes to solve.

How Much Would It Cost To Mine 1 Bitcoin

The cost of Bitcoin mining varies from country to country depending on the electricity costs. Some countries have extremely cheap electricity compared to others. But in general, as of the post halving event in 2020, it costs more than $10,000+ USD to mine 1 Bitcoin. It could also cost more as it is a competition for solving the algorithm first.

Other than needing to own whole data houses over in China. You’ll need some serious hardware for your bitcoin mining system. You will need to have the best ASIC graphic cards – cards which are built to solve complex algorithms effectively, you’ll need to join a Bitcoin mining pool. You’ll get a percentage of the reward based on the amount of Hashing power you contribute to the pool – and you need to be contributing to at least 4% of the total hashing power of the pool to be eligible for rewards. We’ll list some of the popular ones below.

Should You Get Into Bitcoin Mining?

Bitcoin mining is an ever-increasing capital hungry venture to get into. The short answer is no, don’t get into Bitcoin Mining. Unless you are a high-networth individual, we would not recommend it. More and more miners are actually dropping out of Bitcoin mining entirely every year as it gets more and more expensive and difficult to mine.

But if you do want to mine Bitcoin, here are some of the largest mining pools you could potentially join.

Is Anyone Mining Bitcoin Profitably?

Many people are still extremely profitable when it comes to mining Bitcoin. But the mining game requires you to be able to keep up with the expenses of electricity and hardware costs. If you enter the game, you’re up against massive data warehouses in China with thousands of ASIC cards solving difficult algorithms. And remember, when a computer solves the block algorithm, all work from other miners are discarded – which means they get nothing. So it’s more likely for ASIC based computers to solve them before you do.

If you want to get into mining, we recommend you to mine a different coin, where you don’t start off with a huge disadvantage – and it can be just as lucrative, if not more profitable than mining Bitcoin.

Bitcoin mining difficulty will no doubt increase higher and higher as more halving events come every four years. Every time it does, more miners are shaken out of the system as it’s harder to keep up with the expenses and competition.

Before you decide to mine Bitcoin and join the pools, take a look at the fees they take and also make sure your electric costs + hardware maintenance costs makes sense too! Mining Bitcoin is a whole business in itself.