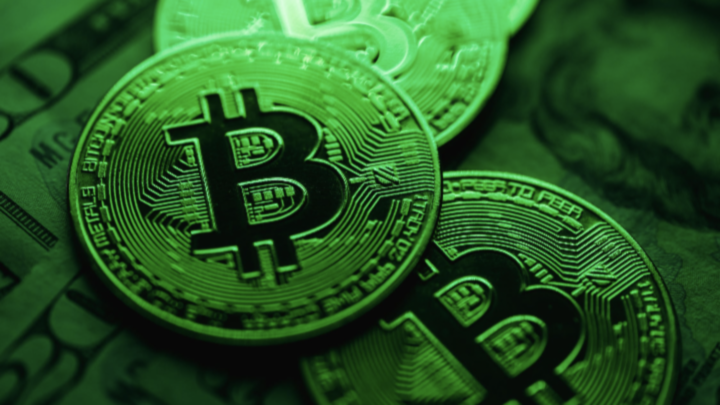 When there’s talk of anything digital, one of the more buzzing questions is how secure is it and can it be hacked? Is it safe from hackers? Especially when we’re talking about Bitcoin, a network worth over $250 Billion dollars.

In this article, we’ll walk you through why Bitcoin has never been hacked and will never be hacked in the future as well. It might get a little technical but we’ll explain as best as possible.

Has Bitcoin Been Hacked Before?

For a global financial system to exist, the number one feature it needs to have is security. As a lot of money is riding on the success of the system, being hack-proof is crucial – if it ever gets hacked, then it becomes useless.

And due to the designs and mechanisms of the Bitcoin Protocol, BTC has never been hacked since its genesis. No one can just show up out of nowhere to claim they have a million Bitcoin.

But how can this be possible? It’s possible because of the Proof of Work algorithm Bitcoin uses. We’ll explain that below.

Why Is Blockchain Considered Hack-Proof?

The Bitcoin blockchain runs on the shoulders of miners. Miners process the transactions you and I want to send to people. And in doing this process, they essentially uphold the entire network.

But miners aren’t doing this through generosity, they do it because they have a financial incentive to do it. When they process transactions, bitcoin miners get rewarded heavily for their contribution.

Now, the reason why the blockchain is considered Hack-Proof, is because, if the miners want to do anything malicious – such as double spending or reversing transactions – they will get heavily punished by the network. How will they get punished? Well it’s kind of like an event where you have to pay the entry ticket, but if you’re breaking the rules, you’ll get kicked out with no refunds.

So before miners can play the game of mining, they need to pay the ‘entry’ ticket. The entry ticket in this case is the cost of electricity on running their mining equipment, along with the mining equipment itself – and that’s not a cheap price or something they want to lose for no reason.

The other reason why the blockchain can’t be hacked is because of its immutability aspect… meaning when it’s on the blockchain, it cannot be changed. No one can go to a past transaction and reverse it.

This is because every new block on the blockchain relies on the previous block. And if you go and change an old block, that will change all the subsequent future blocks – making your change invalid.

How Would Bitcoin Be Hacked?

The only way to control the Bitcoin network is if you have 51% of the hashpower. The hashpower is the total computing power it takes to mine one block. So if you have 51% of that power, you could theoretically reverse transactions but in practice, this is not possible. It’s also because of game theory as it makes no sense for someone to go back and reverse transactions compared to mining honestly if they had such large amounts of computing power.

To go back and change transactions could cost hundreds of millions, if not billions of dollars. The further back in time, the steeper the price. It just wouldn’t make sense from a profit perspective to reverse transactions vs mining and gaining the digital currency.

As of this article, successfully mining one block is equal to roughly $100,000 USD Revenue. If an attacker did have 51% hash power, they would be able to mine so many blocks legitimately… money would just be pouring in for them.

How Are Cryptocurrencies Stolen?

So if you can’t hack the Bitcoin protocol due to blockchain technology, how can bitcoin be hacked? The weakest links are with users and exchanges. And unfortunately there have been many big hacks, all starting from the infamous Mt. Gox exchange hack in February 2014.

This was one of the largest exchanges at the time and hackers were able to steal $450 million worth of Bitcoin at the time from the exchange.

The biggest hack to ever top Mt. Gox was most recently in 2018 where the company Coincheck lost $534.8 Million dollars worth of NEM.

Reputable exchanges are also not immune to hacks as companies like BitFinex suffered a $72 Million hack in 2016, Binance has a $40 Million dollar hack in 2019 and most recently Kucoin got hacked for $150 Million.

The lesson here is don’t keep your cryptocurrency on an exchange and when possible move all  your funds to a hardware wallet where it’s safe from hackers. If you want to know more about wallets and how you can keep yourself safe, check out our in depth hardware wallet article.

The fact the Bitcoin Protocol has never been hacked is a good thing. This is the exact infrastructure and security you need for a global financial system where the safety of funds is the number one priority.

But to keep your funds safe, there are many things to look out for such as the exchange you use and the wallets you keep your cryptocurrencies on as those are way more easily hacked in comparison to blockchain technology.

There are many scams out there in the crypto world, from phishing scams, giveaway scams, actual hacks… and they are all gunning for your cryptocurrencies.

To stay safe for the majority of those, we would recommend storing your cryptocurrency in a hardware wallet like Ledger or Trezor. This makes it virtually impossible for hackers to access your funds as the Ledger wallet is offline and not connected to the internet at all.